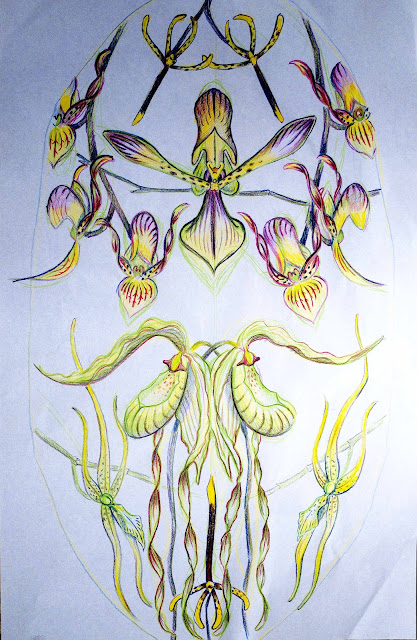 This was the first Sketch for my next bag which will be an Orchid Master Neo-Victorian.  Zoe, who is getting the bag made for herself, was not totally in love with the Phragmepedium Court Jester orchid that was kind of a focal point in this design.  Given that there are over 20,000 species of orchids there was a pretty good chance I wouldn't pick the best six the first time. 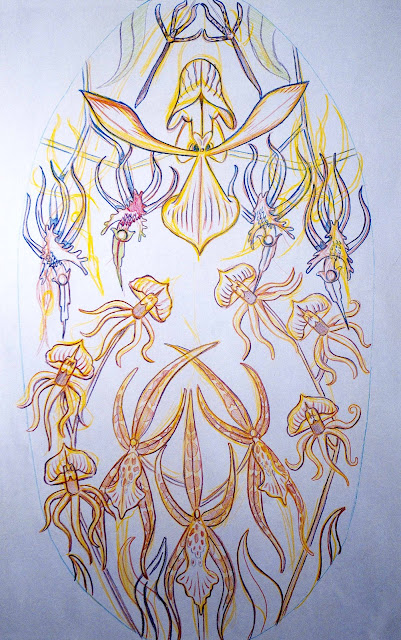 So second kick at the can:  Zoe preferred the spider orchids so I put three on, red spider orchid which are very beautiful.  I also got really into the orchids from Mount Cannibal in Australia which is where the Caladenia Tentaculata Mantis Orchid grows.  Another new flower is the Black Orchid, the national flower of Belize, is quite octopus-ian. 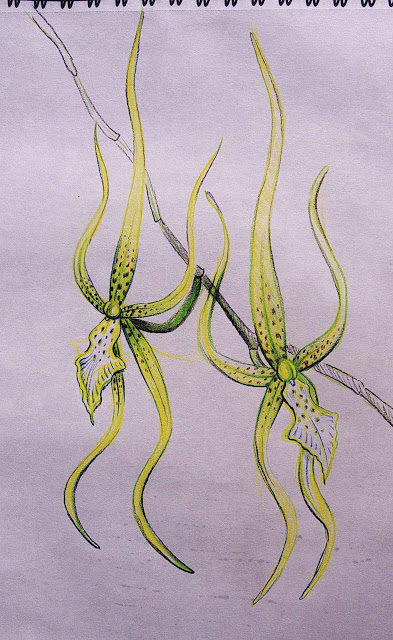 Brassia Verrucosa.  This slender orchid will decorate the sides. 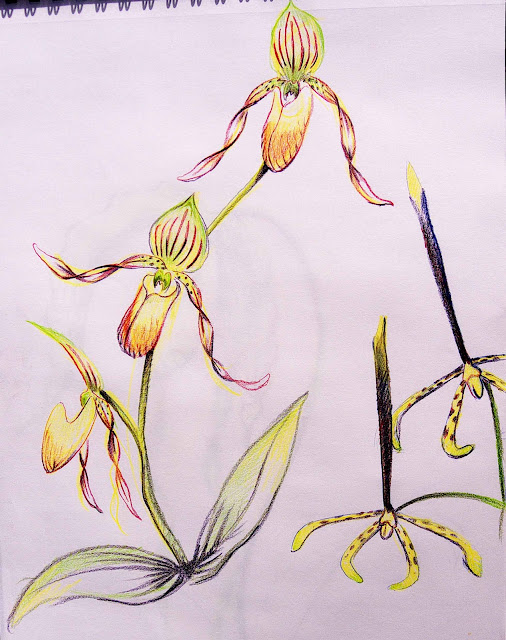 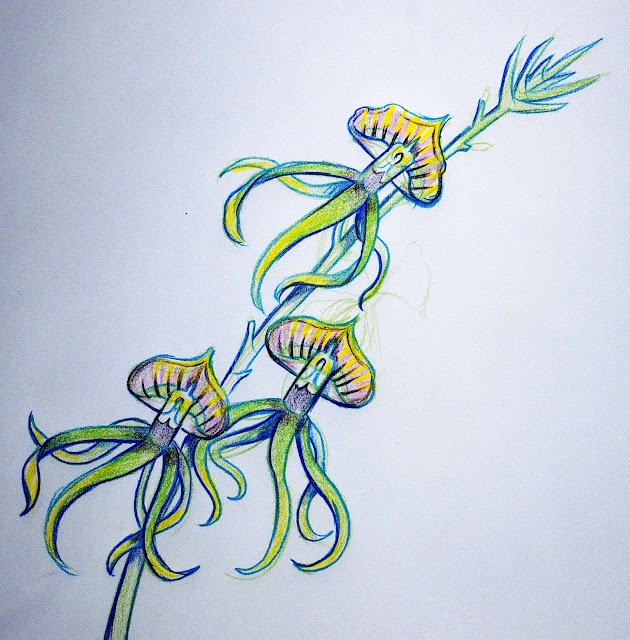 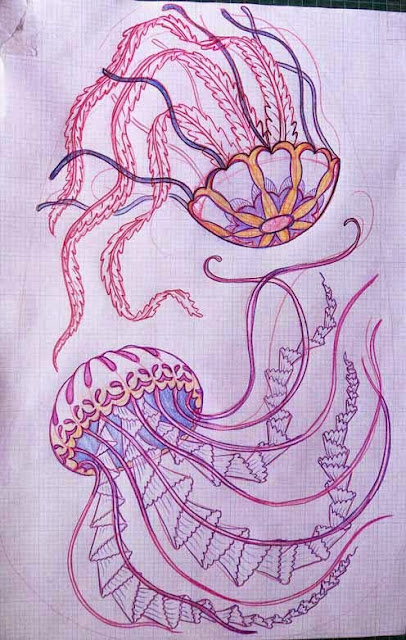